Napolean Lives Here: the strangest museum in the world 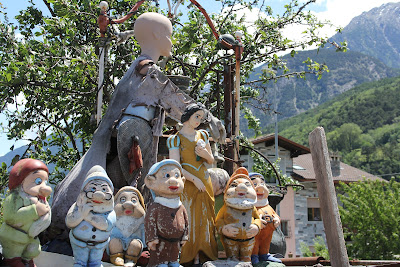 Whenever I drive south of my village in Valle d’Aosta, I’ve passed by a bizarre site.  It almost seems like a junkyard, but not quite.  It is a lot on the side of the road filled with strange constructions made of scrap metal, ancient industrial fans on tall polls with brightly colored paint peeling off of them, creepy life sized dolls looking over the road, dressed in decomposing rags.  There’s a big, peeling, hand-painted sign declaring it a museum, but to tell the truth, I never really got up the courage to check it out.  It’s not a place locals tend to stop at.

We parked the car, and cautiously approached the roadside ‘museum’.  There were crudely hand painted signs dangling on the fence surrounding the rusted fence, declaring it to be world famous.  It was filmed by some Russians.  The TV channel Sky apparently transmitted it.  Someone wrote about them on the internet.

Oh, and Napoleon lives there. 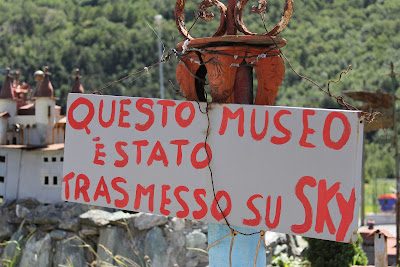 We made our way in, and couldn’t believe our eyes.  If it seemed bizarre from the outside, that was nothing compared to being within the labyrinth itself.  The artist had built reproductions of many of the regions 152 castles, each about the size of a car.  Exact reproductions, created with scrap metal from a condemned beer factory.  There were creepy old mannequins of children standing everywhere, some missing one or both of the staring eyes, dressed in tattered clothes from decades past.  There was a weedy flower bed that had decapitated doll heads sprouting out of it.  There were nativity scenes.  But not your standard variety, 15 nativity scenes crammed into a small space, in a small cave, with ski lifts, all covered with a thick layer of dust.  A creepy life sized Santa doll with a maniacal look in his staring blue eyes, behind a dusty and half shattered window.  There was a metal chicken on a poll that waved in the air, and fans from the insides of ancient cars spinning in the breeze.  Chickens lived in the heart of the museum, in a scrap metal structure topped with what looked like a life sized Edward Scissorhands doll, and his friend, creepy bald doll.  Photos really can’t capture what this place is like. 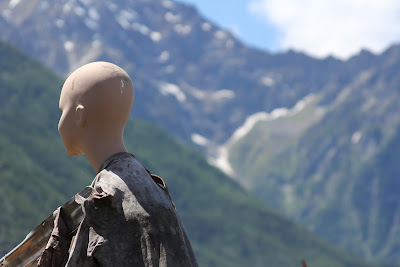 After wandering around for a while, a wizened old man suddenly appeared on the path in front of us.  He was hunched, had no teeth, and slowly made his way toward us.  At this point, he introduced himself as Carlo Tassi, owner of the museum, artist, and inventor. He was thrilled to have visitors, and enthusiastically and somewhat incoherently told us about his museum, is nose mere inches from my own, spraying globs of spit on my glasses as he spoke. 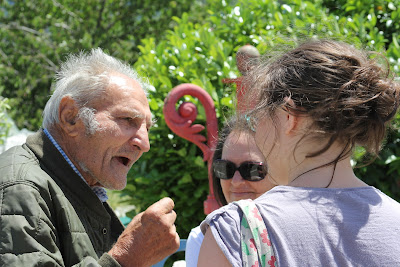 But it was so worth it.
He told us he was 84 years old, and had been working on his museum for more than 30 years.  He  asked us if we saw his castle, Fort du Bard, because his mother was born there.  We looked behind us, and sure enough, there was an exact reproduction of the famous Fort, which was built hundreds of years ago by the Savoy family.

He then turned is back, and beckoned us to follow him, through a locked gate that looked as if it had been wrought from the center of the earth over a thousand years ago.  I think perhaps that was the case.
He had a series of garages, which he opened and showed us the contents.  You wouldn’t believe it.  He had larger-than-life bronze statues.  A gold cash register.  A massive bronze statue of a lion, which he affectionately petted so often that it’s nose was getting worn down.  Intricately engraved Roman helmets.  A washing machine from the 1950’s.  A *real* ball and chain, from about 2000 years ago.  One of the original espresso machines.  Oh, and about 20 lances and head-axes from the year 900.  He even showed us how to use the lance, and how to properly behead someone.  And insisted we try them out. 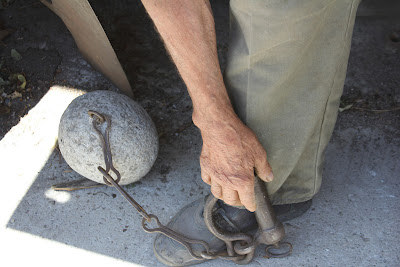 And then we met Napolean.  He has a freaking bronze statue of a pointingNapolean, on his rearing horse.  Carlo claims it was original, from Paris, and worth a fortune.  I asked how he got it, and he responded, ‘who knows?’  Every morning he opens up the garage, and wheels Napolean to a balcony overlooking the busy road below, so that he can greet the cars as they pass by.
I highly recommend everyone visit Carlo Tassi’s museum.  I promise it is like nothing you have ever seen before! Thanks to Barbara Swell for the fabulous photos. 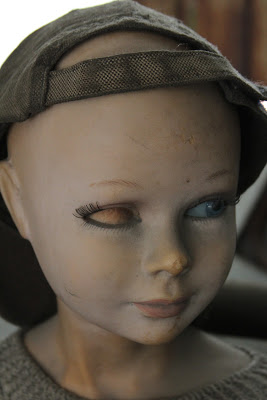